The History and Provenance of Port Oriel is steeped in ancient times and is Millenia in the making. The Oriel Marine Extracts harvesting facility is located on this mesmerising and unspoilt rocky coastline in Clogherhead, County Louth, Ireland. A landscape of natural beauty, untouched by development for thousands of years, it is like stepping back in time.

The word "Clogher" means "Rocky" and more than 5000 years ago, before the Great Pyramids in Egypt were built, Celtic tribesmen moved massive boulders weighing more than a hundred tonnes, from Port Oriel to be used as the anchor kerbstones for the Ancient Neolithic Tombs of Newgrange. In what is an amazing feat of engineering, they moved these massive boulders, forty miles down the Irish coast and up the River Boyne to build Newgrange. A recognised "World Heritage Site"

Standing on this windswept shore you can see the mystic mountains of Mourne in the distance. You will truly feel a moment of splendour as you walk the rugged pathways cut into the headland by the hundreds of thousands of people who have walked these paths millennia before you. This is the beginning of "The Oriel Trail" through what was once "The Kingdom of Oriel".

The Birthplace of Ireland

500 million years ago this was the centre of a massive Tectonic Plate shift that witnessed the Continents of America and Europe colliding in a seismic collision. 20 million years later they separated and the Island of Ireland was formed. This amazing seismic event shaped and formed the Island of Ireland and created a magnificent landscape. Here and still visible are  the remains of ancient mountain peaks, once higher than the Alps. But more importantly, deep in these ancient rocks lies a buriel ground for ancient sea creatures from both continents. Clogherhead is the only place on Earth where fossils from these two great continents have been discovered on the one headland.

In another amazing twist of nature, the North Atlantic deep sea currents, abundantly rich in precious life giving minerals flow into this rocky headland. In doing so they support the local fishing community with a range of fish normally caught only in deep oceans. For more than a hundred years the village festivals were held on the pier as a mark of respect to the life giving source provided by the sea and as a mark of remembrance to the lives of fishermen lost. This festival continues to this day as the annual "Prawn Festival".

These waters have been regularly tested by the Marine Institute of Ireland and approved as international "Grade "A" Shellfish Quality" the purest of the sea. The high saline and mineral content found in these deep waters is due to the powerful deep water currents flowing from the cold depth of the North Atlantic.

Here at Oriel Marine Extracts we harvest this ancient pure and natural resource using advanced technology. We use almost 100% of what we extract to harvest some of the world's most natural marine extracts from the very source of ocean life itself, the ocean water.

All our products are certified as meeting the standards of Organic and Sustainable production, Kosher and Halaal. 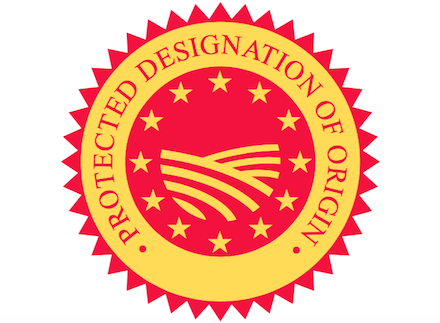 500 Million Years In The Making

Clogherhead, the birthplace of Ireland was strategically selected by Oriel as the location for their facility due to its Grade "A" International standard water quality, its Provenance dating back millions of years and for and its raw and wild beauty untouched by development. This clip from a TV documentary tells you why. The Picture above depicts Dancing on the Pier at the annual village Clogherhead Fishing Festival held on the local pier in Port Oriel in 1946, a tradition dating back decades before and continued to this day as the Clogherhead Prawn Festival held each year on the pier.